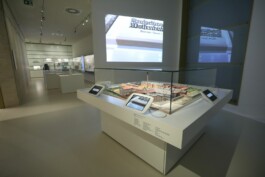 Wolfenbüttel Penitentiary was the central detention center in the former state of Braunschweig. Starting in 1933, the judiciary increasingly incarcerated political dissidents, socially and racially marginalized persons, homosexuals, and Jehovah’s Witnesses, as well as foreign prisoners during the war. In 1937, an execution site was set up in the prison; 500 death sentences were carried out here until the liberation.

The permanent exhibition of the memorial in the JVA Wolfenbüttel uses the example of Wolfenbüttel to explore the role played by the judiciary and the penal system as a means of National Socialist rule. It also takes a closer look at the continuities and ruptures in the early Federal Republic: While the judiciary was supposed to fulfill a new, constitutional function, at the same time there was a practice in some areas that resembled that of the Nazi era.

We designed and implemented four interactive media stations and three animated films for the permanent exhibition.

The historical model serves as an introduction to the various buildings of the prison. In this way, they can learn about important rooms on the grounds and their history, which can otherwise only be visited on guided tours. 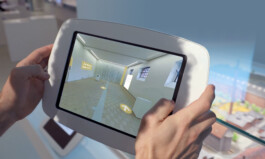 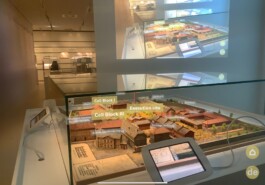 The History of the Site
Interactive media slide

Selected objects are used to trace the eventful history of the site. With the help of the media sled, visitors can discover the stories behind the objects. 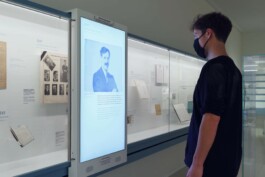 526 entries are noted in the narrow booklet. Each entry stands for a person who was executed in Wolfenbüttel Penitentiary during the Nazi era. To explore the fates behind these names, visitors can leaf through the execution book and thus immerse themselves in exemplary biographies. 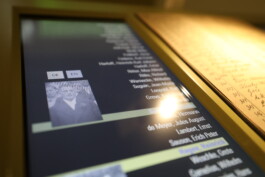 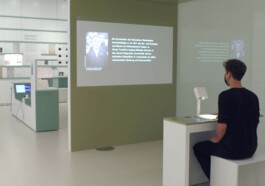 The films use historical material to show the role played by the judiciary and the legislature in the establishment of Nazi rule and how the racism of Nazi ideology was written into law paragraph by paragraph.

A playful conversation on AI

A constantly changing kinetic media wall as a metaphor for the endless search for scientific truth.

An audio-visual dialogue between the swarm and the visitor.

Four installations about the history of the computer.

A reactive choreography of the digital and the physical.

A digital desk with analog interaction.

An exhibition about our trust in democracy.

An interactive exhibition about the Nazi Forced Labour.

An interactive exhibit about analyzing speech and visualizing opinions.

Blink Of An Eye

An interactive video installation about time.

An immersive journey through the history of design.