Veritas filia temporis – truth is the daughter of time.

This project is an art project that is leitmotifically dedicated to an ancient way of speaking. There it was said: veritas filia temporis – truth is the daughter of time. In the form of a generative data sculpture that intercepts Twitter hashtags of #fake and #truth in real time, this idea is brought into the hyper-accelerated present.

The sculpture was developed in cooperation with Knoth & Renner.

The recognition of truth is temporally dependent – the verification of facts takes time. In a world of acceleration, truth takes on a new relevance: studies show that emotionally charged fake news disseminates much more rapidly than facts. Especially on Twitter, which, since Trump at the very latest, has proven to be a political tool of extraordinary effectiveness. In the digital age of “post-truth” and “fake news”, the truth is perceived differently: It emerges less from objective facts than from discourse, manipulation and emotional manifestos that spread throughout the internet with unprecedented momentum.

The discourse of truth in the digital space is invisible to some degree – for example to those who do not have a Twitter account. Liquid Truth attempts to render this discourse visible – by giving it a formal substance. In a constant state of change and movement, the data sculpture is pulsating, growing and moving – showing which Twitter hashtags are intercepted and become the substance of the sculpture.

Referring to the democratic principle, truth is generated as follows: by the number of (in) votes. Thus, the sculpture is to make visible the evanescent, constantly changing opinions and tendencies of the truth debate – it paints a picture of the current mood. Thereby dealing with the emotional, abstract level of truth: in constant conflict with the words of either the “Truth” or “Fake” spheres, it shows how interchangeable the terminology is. In the spirit of Conservation Theory of Habermas, truth can be seen as the fluid outcome of social discussions that change over time. Therefore the sculpture also criticizes the liquid applicability of the terms, be it from the political right or left. Furthermore, the projection poses only a mirror of the discourse about truth in the digital space. The real-time component picks up on the idea of ​​veritas again. 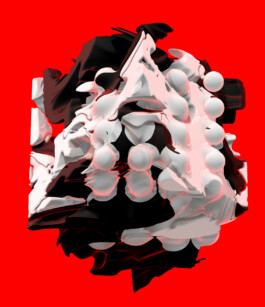 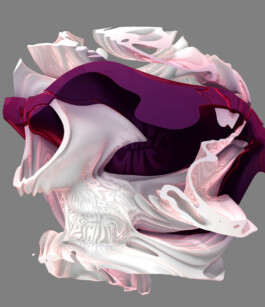 Different approaches to visualizing the proportions of truth and fake.

Liquid Truth was commissioned by Elevate Festival and physically exhibited on the landmark of Graz/Austria – a middle ages clocktower – within the 2019 festival’s arts program which was themed around the topic of “Truth”.

At the time of the clocktowers construction in the 13th century, it only had an hour hand – it wasn’t until much later that it received the minute hand. The purpose of the clock tower, which stands at the highest point of Graz, is to clock the city. The demand for an additional hand reveals a social perception of time – thus an acceleration. Following the historical extension of the dial, Liquid Truth added a digital second hand to the clock tower. It is intended to make visible the fast-moving nature of the discourse of truth in the digital age.

Dissolving the boundaries of digital and physical space, the sculpture lives on beyond the festival: as a digital data sculpture on the internet, it continues to draw from real-time data. Constantly transforming, it consequently reflects the discourse of truth into digital infinity.

It is possible to interact with the sculpture in realtime by tweeting a statement that contains “truth” or “fake” in combination with #elevatefestival or #liquidtruth.

The Graz clock tower itself also acts as a protagonist: at every full hour when its bell sounds it tweets truth statistics under @Uhrturm_Graz. Follow me!

Liquid Truth was realized in cooperation with Kunst im öffentlichen Raum and is part of Re-Imagine Europe, co-funded by the Creative Europe Programme of the European Union. 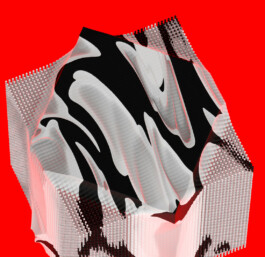 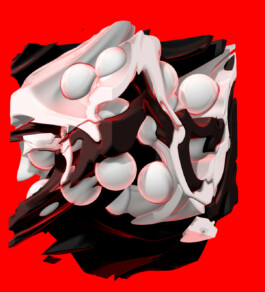 Thank you handmitauge and the City of Graz.

A reactive choreography of the digital and the physical.

An audio-visual dialogue between the swarm and the visitor.

A realtime Twitter-Visualization of San Francisco.

A real-time school of fish on an extraordinary display.

An interactive trip in Virtual Reality.

A virtual journey through the abstract interior of a sculpture.

An audio-visual framework for generating sound.

A music video filmed with the Microsoft Kinect.

An artwork in public space which deals with the unasked for collection of personal data.

An immersive journey through the history of design.

Blink Of An Eye

An interactive video installation about time.